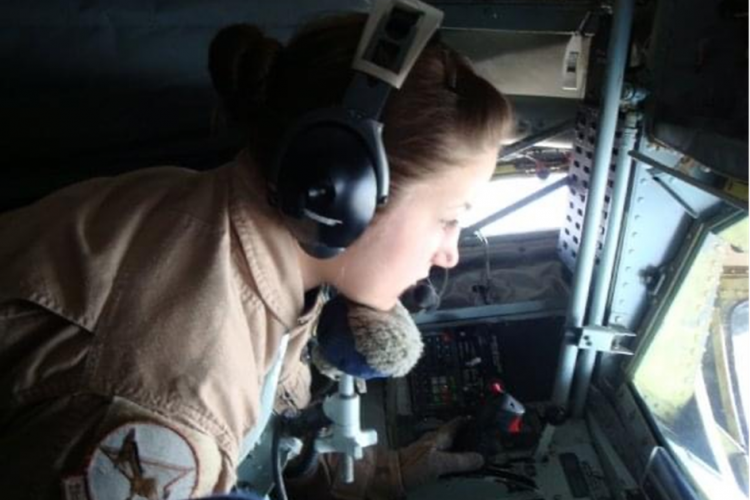 There is a small army of military veterans working every day to take care of patients at JPS Health Network.

They say working for a public hospital that provides care to every member of the community, no matter who they are, appeals to them in a similar way to the satisfaction they got serving their country. That’s why these veterans chose JPS for their second career.

Dexter Givens is a Behavioral Health Technician at the Viola Pitts Clinic where he’s worked for 19 years. When he was in the military, he served in the Air Force as an aircraft mechanic, keeping F-4 Phantom fighter jets flying.

“I talk to people here every day and help them work through their problems,” Givens said. “I love that it’s individualized care. It reminds me when we used to talk to the pilots on the flight line. We’re going to do a great job one way or another. But, somehow, you find a way to work even a little bit harder for the people you get to know personally. That’s what we do at JPS.”

Givens said he worked at other hospitals around the country for about a decade before he arrived at his current post. But none of them were such a rewarding experience.

Knowing I helped somebody make their life better is what I want to feel like I do at the end of the day.

Rodney Strachan has been an LVN at JPS for 14 years and currently works in the Urgent Care Center at the main hospital. Prior to that, he spent four years in the U.S. Navy where he was a machinist’s mate in the engine room of the U.S.S. Raleigh, an amphibious transport dock ship used “to haul around a bunch of Marines and their toys wherever they needed to go,” according to the former sailor.

“My brother went to nursing school at JPS before I came here,” Strachan said. “That’s how I found out about it. He said it was a great place to work and he was right. If you want to work at a people where you can take care of people who really need it, this is the best place to be. It’s very rewarding to work here.”

Strachan says he served in peacetime. The toughest times he faced were dealing with excessively hot temperatures in the engine room, especially down near the equator.

“The people who served in wartime are the ones who really get my respect,” Strachan said. “I tip my hat to them.”

Registered Nurse Michele Pelletier works in Women’s Services at JPS while her husband, Thomas, is the weekend supervisor of the Radiology Department. Their time working together began long before they both found jobs at the health network.

During Operation Enduring Freedom, they met while both serving on the same refueling jet over the skies of Afghanistan. He was a hydraulics officer while she laid down flat in the rear of the plane, peering through a window and she guided a the refueling boom to B-52 bombers, F-16 and F-18 fighter jets and other aircraft just a few feet below.

“It definitely looked like you could just reach out and touch the plane you were trying to refuel sometimes,” Michele said. “It could get pretty scary up there. Sometimes you felt like you were hanging on for dear life.”

Thomas arrived at JPS first where he found a job after they retired from the Air Force. Michele, looking to continue to serve her community and her country, opted to attend nursing school. He’s been here a decade while she has worked at the health network for seven years.

“I’ve always felt the drive to help people,” Michele said. “So, a hospital is a great place to do that. Especially at this hospital because of the way it is tied to the community and dedicated to serving the public. This is definitely the right place for a pair of people looking for a new start after a career in the military.”

Rob Welborne, Clinical Manager of Respiratory Therapy, was stationed Hamburg in what was then West Germany when he served in the 1980s. There he worked as a mechanic on M1A1 Abrams tank. While Welborne pointed out it was peacetime, it was certainly an uneasy peace. After all, it was the height of the Cold War and he was only minutes away from what was the feared starting point of a potential Third World War.

“What I did in the Army doesn’t really directly apply to what I do now,” Welborne said. “But a lot of people who served feel an overwhelming need to do something positive to benefit their community.”

That’s why so many former service people end up in the ranks of those who work at JPS, he said.

“There is just a longing to be part an organization that is about something more than just making money,” Welborne added. “But knowing you helped somebody make their life better is what I want to feel like I do at the end of the day. That’s what I got from serving in the military – and that’s what I get from being a part of the team at JPS.”