An Honor and Our Duty to Serve: 10 Years of Level 1 Trauma Service at JPS 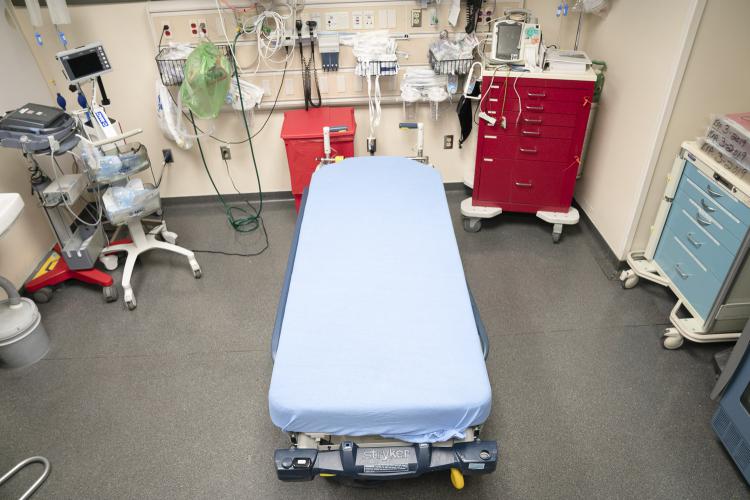 For the last ten years, JPS has served Tarrant County and beyond as the only Level 1 Trauma Center on the west side of DFW. It’s an accomplishment that felt like an impossible dream for the first decade of the 21st century.

“It was something that they had been working on for a long time when I arrived here a little more than 10 years ago,” said Dr. Raj Gandhi, Medical Director of Trauma at JPS. “So they knew what went into it and how difficult it is to meet all the standards to reach Level 1. But they also knew how important it is to the community to have those services.”

Gandhi said a few pieces of the puzzle were missing, as far as required services go, to officially qualify as Level 1. But the skill and the dedication were already there.

“When I got here, as far as I was concerned, JPS was already a Level 1 Trauma Center,” Gandhi said. “We just had to prove it.”

Only a few months after Gandhi started, JPS did just that, passing its Level 1 Trauma Center inspection for the first time.

As the only Level 1 Trauma Center in Tarrant County, JPS established a reputation as the go-to medical facility when police officers and firefighters are injured in the line of duty and the place that’s counted on to be at the ready if a visiting dignitary like a Senator or even the President of the United States should be injured or fall ill during a visit. But, closer to home, it’s where people are rushed after a crash on one of the area’s busy highways during their daily commute.

We’re always ready to serve everyone who needs us, being ready to handle the toughest of the tough cases, regardless of their title or their name.

“It’s a tremendous honor to be counted on to serve our first responders and leaders if they should need care when they’re in Tarrant County,” Gandhi said. “When an injured officer says ‘Take me to JPS,’ we know we have earned their trust to provide the best possible care in effort to save their life.”

“We think of it as an honor and as our duty to serve,” Lyell said, adding that JPS isn’t just a vital resource for Tarrant County, but all of northwest Texas. “While we’re very proud that the higher profile people and organizations count on us to provide the very best care, we feel exactly the same about every patient who comes through our door. We’re always ready to serve everyone who needs us, being ready to handle the toughest of the tough cases, regardless of their title or their name.”

Dr. Dell Moore, Associate Trauma Director, said having Level 1 Trauma Center designation means being dedicated not only to providing the best care. It means also being dedicated to constantly getting better.

“It takes a special breed to be committed to what it takes to be Level 1,” Moore said. “Level 1 has an education component that comes with it. Not only do the people who work there train to always keep learning, they help to train the next generation of doctors and nurses to follow in their footsteps. Having a Level 1 Trauma Center attracts the best of the best when it comes to caregivers.”

Having a Level 1 Trauma Center also helps Tarrant County patients in a less direct – but just as important way. Working at a Level 1 Trauma Center is an enticing attraction for doctors from all over the country and across all lines of specialties, Gandhi said. It means JPS is committed to providing the best care possible for patients – and that it is dedicated to the continued education and training of its team members across the health network.

“We often have other hospitals try to steal away members of our trauma team because they know what we invest in them in terms of training,” Gandhi said. “They know we have the best of the best working at JPS, so they’re more than willing to pay them a signing bonus to join their organization.”

Gandhi said JPS is committed to being the go-to hospital for trauma cases in Tarrant County into the future. No one at the health network is content to rest on their accomplishments. They’re always working to stay on the cutting edge of medical technology and techniques.