40 Years in the Pharmacy 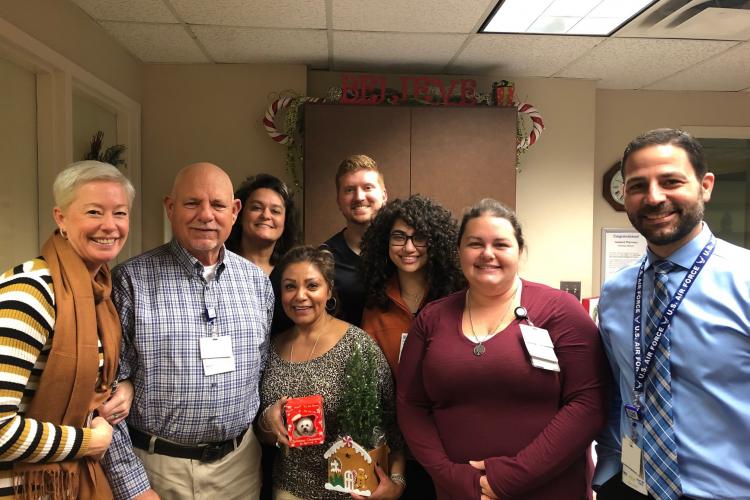 When he started working at JPS Health Network four decades ago, Gregory Massey never imagined that he’d still be in the same place 40 years later.

“I don’t think anyone thinks when they start a job in their early twenties that they’re going to be there until the end of their career,” Massey said. “But JPS is a special place. And it’s special not only because of the people who work here and the people we care for. It’s also special because of the way we’re dedicated to getting better. I could have never imagined back when I started how much we’ve grown since then.”

How have things changed?

Massey said one of the biggest ways is how pharmacists, physicians and nurses communicate and keep track of medications delivered to patients. Greatly improved tracking and monitoring of medication allows caregivers to maximize the impact of treatments prescribed to patients. That dedication to growth has transformed JPS from being “just the county hospital” to a nationally recognized healthcare network that delivers cutting edge care every day.

“We can do so much more for people today than we could back in the early days,” Massey said. “It’s really amazing and very satisfying to be able to be a part of it.”

Nick Milazzo, Director of the Inpatient Pharmacy at JPS, said he’s been working at the health network for a little more than three years. When he met Massey, the veteran pharmacist warned the new guy not to get used to having him around because he was getting ready to retire.

“More than three years later, he’s still here,” Milazzo said. “I think he loves it here so much that he’s never going to leave. And I hope he doesn’t because his knowledge is an incredible resource for the rest of us. I’m certainly glad he’s decided to stay as long as he has.”

Massey agreed his love of working with his teammates at JPS as well as working with the patients they serve has kept him clocking in for duty years after he otherwise would have preferred to kick his feet up and call it a career. But he said still dreams of having more time to spend with his family and with his fishing pole, and hopes to get there some day in the not-too-distant future.

“I haven’t quite figured out how or when I’m going to do that yet,” Massey said. “But at some point, I’ll probably quietly slip away.”